Dr. Abdelaziz Konsowa discusses with the delegation of the University of N'Djamena in Chad ways to develop the branch 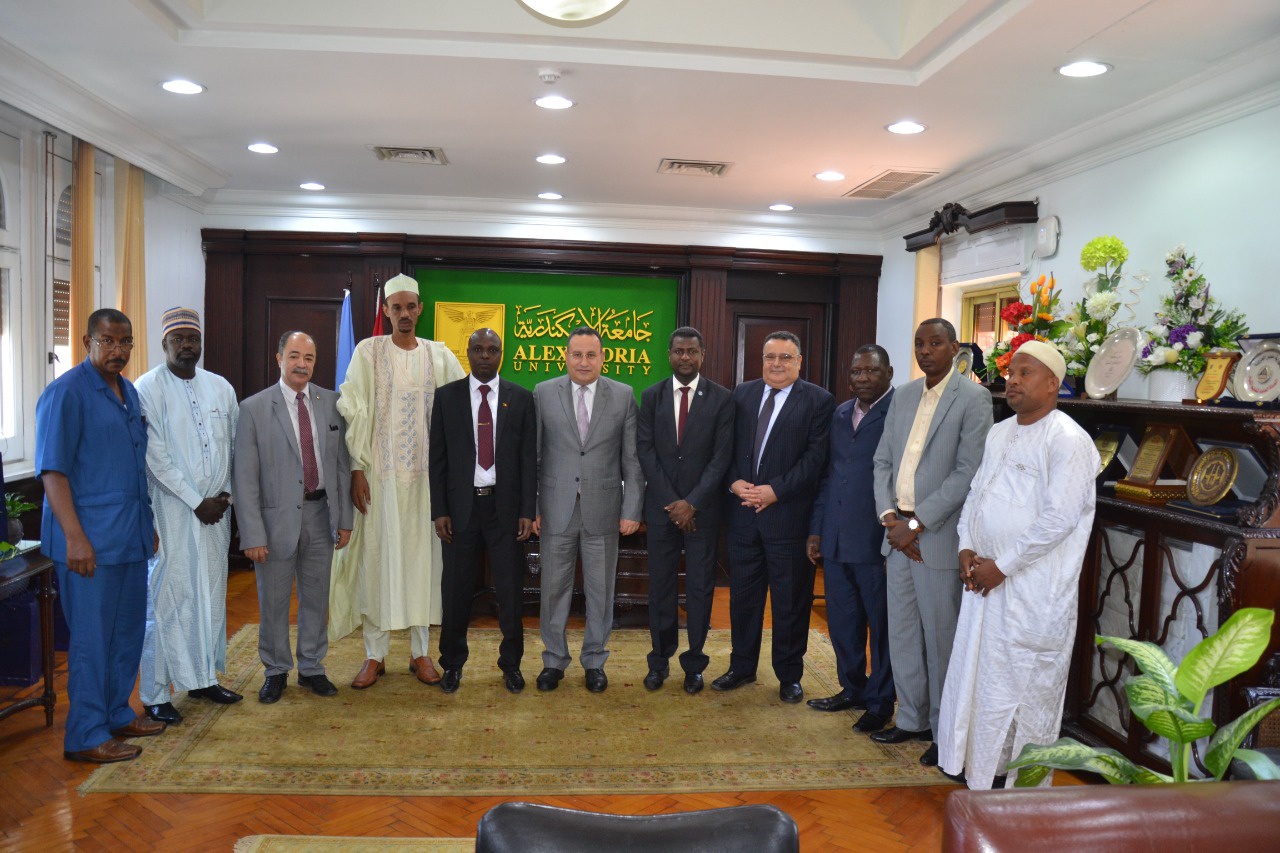 Dr. Abdelaziz Konsowa, President of Alexandria University, and Dr. Hisham Gaber, Vice President for Education and Student Affairs, received a delegation from the University of N'Djamena in Chad, headed by Dr. Mohamed Saleh Dosa, to discuss ways to develop the branch in order to achieve sustainability and provide a good educational service for the students of the branch.
During the meeting, the president of the university confirmed that Alexandria University will work on developing the branch and realizing the partnership between the two sides in a real way, pointing to the need for cooperation to ensure sustainability and achieve the quality of the educational service provided to the students of the branch in N’Djamena, stressing that the branch will have an enlightening and developmental role to preserve and develop the continent, and a gateway Attracting students from the Central African region, he also called for the development of new specializations in the branch that are needed by the community in Chad, explaining that Alexandria University seeks to keep pace with global thought and enter the era of fourth-generation universities. global universities.
Dr. Hisham Jaber pointed to the university's goal in developing human cadres in Chad to complete the performance of the scientific mission there. He also stressed the university's keenness to support the branch academically, scientifically and technically, which would have an impact on the sister country of Chad.
The President of the University of N'Djamena also praised the strong relations between the two countries, which opened up prospects for cooperation between the two universities, explaining that the State of Chad is concerned with agricultural aspects and the development of livestock, and the University of Alexandria, through the branch, had a major role in achieving these development goals.